True Insight
Change the way you think about the “Great Resignation”
Published December 06, 2021

Every executive can influence recruitment and retention

It’s been a remarkable year in the talent market.

Record investment fueled unprecedented company growth.  The competition for top talent became turbocharged.  And the ongoing pandemic changed just about everything: where we work, how we work, and what we want from our careers.

Add to that, a defining story of 2021: the “Great Resignation.”  It’s gone from a trendy phrase to a real issue that affects businesses in almost every major global economy.  A record 4.4 million people across the U.S. economy quit their jobs in September, and tech-enabled companies were not immune. 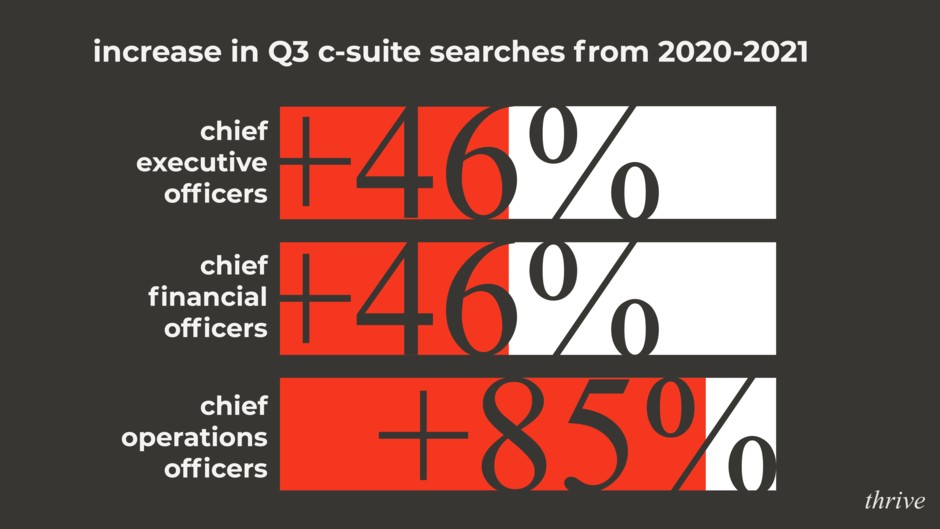 At the executive level, the pressure is on People and HR leaders to fix recruitment and retention.  A survey from Deloitte/Forbes found 57% of CEOs think recruiting talent is one of their companies’ biggest challenges, and 51% point to talent retention.

That's a lot for People and HR leaders to deal with, and they can't do it alone.

Everyone has a role to play in recruitment and retention to combat the “Great Resignation.”  If you lead a team of any size, here’s what you can do:

Have a robust engagement strategy

Seventy-two percent of tech employees who want to quit said they feel their employer is focusing more energy on attracting new talent rather than on the workers already there, according to the TalentLMS survey.

“The fundamental thing is to be focused on providing the best employee experience possible,” said Andrea Watt, True’s chief talent management officer.  “If not, your best performers will walk out the door and nobody is going to want to come in.”

Engagement strategy and culture are what keep people with their company.  Every executive needs to be thinking: ‘How am I supporting my employees?  Candidates won’t stay somewhere that isn’t meeting their personal needs.

"You want to honor the people who are already there by giving them a great culture and work experience.  And then you want to make sure that you're out on the market with a strong employee value proposition that enables you to hire for growth," Watt said.

Allow your teams to work remotely

Allowing your team to work remotely sends a signal: We trust you to do your job.

Remote work options are critical.  More than 70% of workers are looking for flexible remote work options to continue, according to a Microsoft survey.  We have seen a diminishing amount of executive searches that require a local candidate.  Bucking the trend puts you at a disadvantage with the candidate pool.

“We’ve seen that people have been productive working remotely, and we’ve realized that people value different things,” Watt said.  “It had been a one-size-fits-all approach, and now companies and HR leaders are having to rethink that to offer a variety of remote and flexible options within the confines of how their business can successfully operate."

In the Deloitte/Forbes survey, 80% of CEOs said they're offering more remote work flexibility in order to recruit and retain talent.

Use data to identify your at-risk people

Annual employee surveys are helpful, but in this talent market you need more frequent and timely data to address employee concerns.  There aren’t six to nine months to fix something.  You have to spot it immediately and have an action plan to address it that feels both authentic and viable, as well as visible to the employee base.

Develop a culture of live feedback, establish career coaches, deploy wellness programs, and encourage the people you manage to participate in the engagement surveys and performance processes championed by your People leaders.  Then, act on the results.

“You need to have great people systems in place, and quality data and analytics, so you can identify at-risk groups of employees,” said Ben Dewar, co-head of the People, Talent & Legal practice.  “At a time when people are more likely to leave their jobs, companies should aim to be more predictive about which employee groups are vulnerable.  Find the signals in the data and try to get ahead of those problems.”

Get good at saying goodbye

“These days chances are high, if you're going through a start-up, scale-up cycle, you're going to have to say goodbye to people,” she said.  “Get really good at saying goodbye and figuring out, ‘how do I think about my succession planning in an agile way?’

Think ahead and have a pipeline and a plan.  Embrace the idea that you will probably need to use it.  Nobody's irreplaceable, including yourself.

“You can be really worried about a bunch of people leaving,” Holmberg said, “or you can realize that many people are reflecting and finding their true calling.”

Working across international markets, Josefin sees that Americans are better at goodbye, because they are typically employed at will.  That’s a fundamental difference from many countries in Europe, where there is an awkward six-month notice period even for a mid-level employee.

It’s important to be helpful to employees who are using this time to figure out their next career move.  It may sound counterintuitive, but you should help your people look for positions outside of your company.  You’ll create a relationship with them that lasts the rest of their professional career.

Anthony Klotz, the Texas A&M professor who coined the term the “Great Resignation," now predicts movement of “boomerang” talent returning to their former employers.  We’re seeing this trend ourselves at True, a credit to the support these professionals received during their first tenure with the business and during their transition.

Establish and maintain an alumni network to stay connected to former employees.  They can become great sources for referrals as you hire.

Introduce employees to other great people in your network when they express interest in leaving.  And reach out after they’ve left to see how they’re liking their new position...and to remind them that your door is open.

It’s ironic: People leaders, who are tasked with containing the “Great Resignation,” are also one of the executive positions more likely to resign.   Executives need to support their People leaders and their initiatives to keep them on your teams.

Our People, Talent & Legal practice is seeing an increased amount of experienced people leaders resign and retire.  Number twos (and threes) are frequently taking the top jobs.  Thrive data shows searches for HR executives are up 139% YOY in Q3.

“People leaders are exhausted,” said Emily Lewis-LaMonica, co-head for the People, Talent & Legal practice.  “Those who are left are still heads down solving for everything. So, put your arms around your People leaders.  They’ll guide you through the “Great Resignation” and out the other side stronger than ever.”